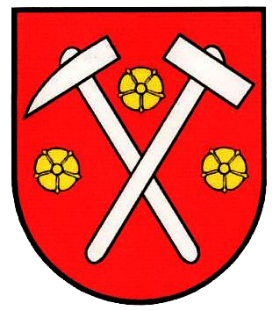 Švedlár is one of the oldest settlements of Hnilecká dolina (valley). It is located in 482 m height above the see level. It is stretched on both sides of the Hnilec river . When we look at it from Mlynský vrch (hill), we will see a beautiful picture of a bird, whose wings are two streets : Železničná and Mlynská. A Greater part of its environs is woody with spruce and fir vegetation. From the group of leafy trees are here growing beeches, birches and maples. the smaller part are meadows and pastures. In this valley there are also marshlands with rare flora and fauna.

The majority among the citizens is Romany (Gypsies) ethnic group (from 1985 their count went beyond 1.050). The other represented ethnic groups are Carpathian Germans, Slovaks and Ukrainians.

The earliest written reference of the Švedlár village area dates from 1243. German miners, who were invited into the country by the Hungarian King Bela IV, founded it around 1255. They built 3 settlements nearby the crooks. Upper Švedlár spread to Medená dolina (valley) (Kopagrund). Middle Švedlár - today's Trarum, the mine above Mlynský vrch (hill) and Talaby. Nether Švedlár - today's Hrable, Paper manufactory near the mine in Štofova valley and valley of Bystrý potok (crook). All these three settlements were donated to mining town Smolník by the king Karol and later according to a document in archives of Gelnica, to the town Gelnica.

The Hungarian rulers, especially Karol Róbert, strongly supported the mining. At that time there were opened mines throughout the whole Hnilecká dolina (valley).

A road through Panšpak , Palmberg and Hegen to Markušovce was built to transport the ore from Smolník and other settlements to Levoča. The Blast furnaces for iron and copper processing were located there. Miners and wagoners found work there to make a living. In 1465 the settlement started developing into a small town under the rule of Spiš Castle.. The mining started to decline and it could not maintain the citizens of Švedlár. People started to farm on the hill called Buchwald (Bukovec 1550), because the ground in the valley was wet and grub from mining. Today in these places we still can see traces of ploughed fields.

In 1556 after regular looting by the Bebeks, who were the owners of this area before the settlement, three settlements joined to cooperatively protect themselves. This was the creation of today's image of Švedlár.

The citizenship worked in agriculture so the village needed a mill. In 1587 they bought a mill from Imrich Fleischer. It stood under Mlynský vrch (hill). The mining deceased totally and the ground here was barren. It could not feed the numerous citizens. Then hunger, poorness and diseases came.

The people were angry and they wanted the help from their landlords. In 1662, 1664 and 1710 there was a plague in the whole Hnilec valley. This plague wiped out most of the citizens particularly the miners. In 1710 three quarters of the population ( 1050 people)died in Švedlár as a result of cholera plague, according to the evidence found after a big fire in 1889 in the cross of the church's tower.

Current Catholic Church consecrated to St. Margita Antioch is an important historical relic and it stands on the place, where in 1338 the miners built a wooden chapel. It was rebuild to a small gothic church in 1569, from which a precious relic remained in the eastern part of sanctuary, where we can read "EMERCVS FLASCHER IVDEX: 1569" . The most popular and very precious relic is a font from the XIII century, which was brought by the miners from Bebek's land in Stilbach in 1556. 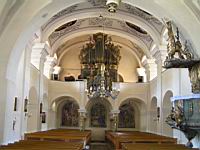 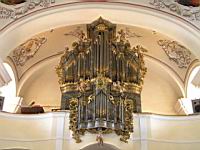 This little gothic church was rebuild and expanded in Romanesque style in 1750. 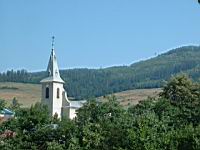 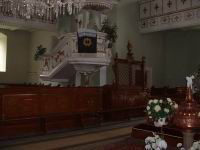 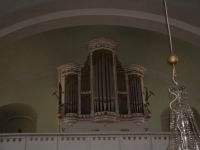 An important part of the village life are the schools. In the era of Maria Terezia a Higher latin school was founded in 1633 - 1637 which was attended by students from other regions and they found good knowledge here. A National school was founded on 23rd April 1787 in Švedlár. 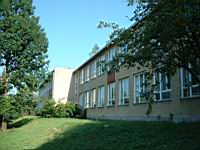 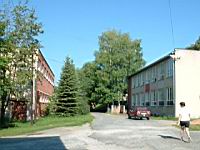 The old village hall stood in front of today's village hall from the oldest time.. It was often rebuild, because it did not serve the original purpose. On the ground floor there was a village's tavern - Wine house (Weinhaus) and a flat of the village's official. In 1906 it was rebuilt under a supervision of Michal Langerman.The notary's office, the archive and the ceremonial hall were established on the first floor. The library and later the post office were established on the ground floor in the rooms of former Wine house.

On the place of the current pub Orol a big wooden building stood, which served as a pub. It was built in 1870 as the most beautiful pub in the whole valley.

In the middle of the village to these days a firemen's storehouse stands. 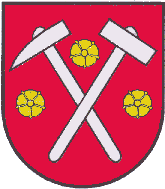 When the village became the property of the Spiš aristocracy, it was developing as a town. Its coat-of-arms consisted of crossed hammers (white with black trim) with three roses (yellow with black trim) on the red fundament with black border.

Change in appearance, Structure of pages, RSS, print out